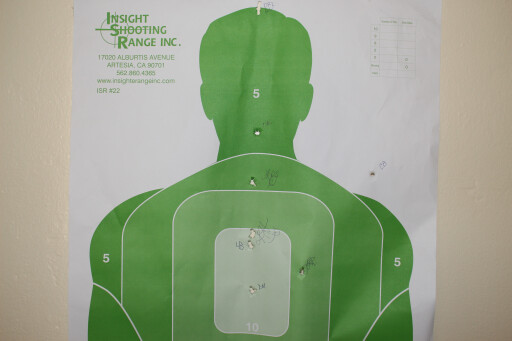 Each shot taken by a different member yet aligned nearly perfectly.

….and let the Lord fight your battle. YES! You read that correctly. In the infamous words of Mable “Madea” Simmons, “God bless Smith and Wesson!” I know you’re probably thinking that it is unlikely (and moreover unGodly) for a church blog to talk about firearms, let alone talking about actually using one. Well, how do you feel about a church that fellowships at the gun range? A little taken aback? Before you clutch any pearls, lose any lunches or even spit any drinks, let me say that The Message Center doesn’t do anything without reason. That being said, we’ve always claimed to be a bit unorthodox. This is just the pudding’s proof!

In where racism, sexism, and just outright dangerous people roam free, we must not forget that there is a very real danger that people face every day. Gun violence is one of the most crucial issues in America. From gangs to police brutality, and even racism, guns are a part of this countries breathing fabric. You may ask yourself: What does that have to do with churches? June of 2015 marked a very detrimental day for many churches around the world when a young man, Dylan Roof, walked into a prayer meeting and killed nine people. They were the shots heard throughout the country as church goers had to process the idea that a stranger or even someone known, can simply walk into the house of God and commit murder. They simply weren’t prepared for such a tragedy. Even though this was not the first time someone had opened fire inside a house of worship.

We can pray and read our bibles; we can call on the name of Jesus, but there are times when self-preservation comes by doing something a little more “action-”. What would have happened if a trained professional or simply a trained civilian, had known what to do in such a violent and life-threatening situation? What if someone was present, who owned a firearm, and could protect the lives of those in danger? Pastor Radcliff and The Message Center church can not afford to live in the “what if’s” of life when hundreds of people every week are seeking a place of refuge. Refuge, albeit, from both the physical and spiritual realms. We welcome everyone with open arms and great big warm hugs, but wisdom is something we are called to have in any situation.

With over 10 years of training and field work as a Los Angeles Country Sheriff, Pastor Radcliff accompanied a group of members who were interested in learning how to shoot a gun. It was the understanding that though we stay true to our Christian values, we won’t be accepting any life-ending bullets flying our way either. was very thorough and sensitive for those who were a bit nervous. I myself, have only ever shot a gun once in my life, however, I’d never been to a gun range. I can’t say that I was nervous so much as excited, but I knew that I wasn’t there for play. I (like most who joined the group) was there to learn how to handle a weapon in the event we need to use one to save a life; whether ours or someone else’s.

We sat on a couch as hundreds of rounds could be heard behind us. Gunmen (and women) all in different lanes shooting all manner of firearms. It was exciting yet intimidating. However, before a gun was placed in our hands, the rules had to be set first. Pastor let us know the number one rule at the gun range: ALWAYS point your gun DOWN the lane! We won’t mention a (now) funny incident of a Message Center family member who was so excited as to wave their gun screaming, “Look! I did it! I did it, brother!” Oh, how we love our family! **INSERT SMILES AND LAUGHS** We went through the steps of safety and it was time to load up and head to our lanes. Goggles and earmuffs to protect our ears and eyes were distributed and we were off. About 9 people or so, most of whom had never shot a gun before, were getting ready to jump a hurdle for the sake of knowledge, experience, and protection.

If you’ve never shot a gun before you might assume that the loading process is much easier than it seems. Well, you’d be wrong! This sure wasn’t the movies! From loading the bullets into gun clips (many sore thumbs from that wretched process) to finding our stances, lining up sight points, pulling triggers, and trying not to get hit with flyby shells, we were handling business. One after another, we hung our little green paper men and riddled them with bullets. I must say (and much to our Pastor’s surprise) for first timers, we were pretty good marksmen and women. From chest shots to head shots and a few to the ear (that poor, poor paper man) we conquered our nervousness and felt confident enough to be a part of a body of believers that could physically protect those who call (and could call) Message Center home.

Pressures were lifted, anxieties removed, and most importantly there was a camaraderie that was built in knowing that, if need be, we have each others backs. As Christian believers, it is not our intent to cause anyone harm. However, as human beings we know that one of the most powerful gifts God gave us was . Some people make bad choices. That’s just the reality. So it is in our best interest to know how to battle the spirit as well as protect ourselves, and others, from the physical dangers of this world. I know it’s a strange concept; a church going to the gun range to hang out. However, we make it clear and concise: We may not be orthodox, but we are always sincere! With a bible, a bullet and some good old-fashioned prayer, we can take care of one another when need be. 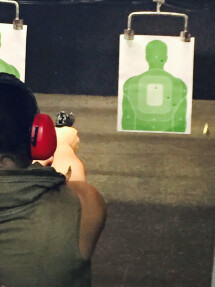 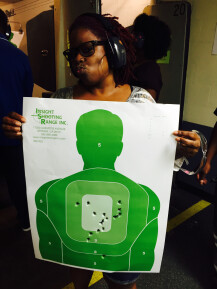 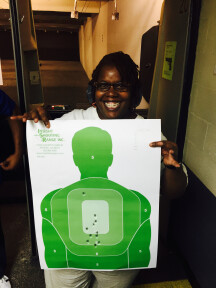 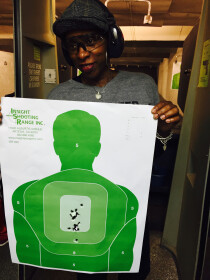 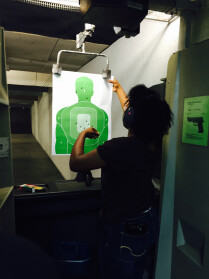 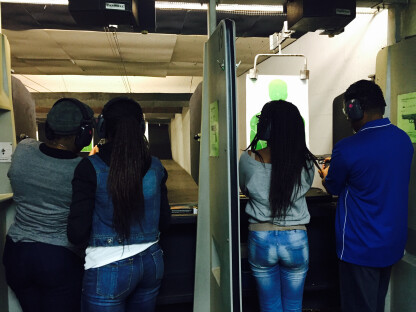 Society has advanced, it's apparent that the church should advance in its methods of protection. I'm happy to be apart of a forward moving ministry