Are You Ready To Die? 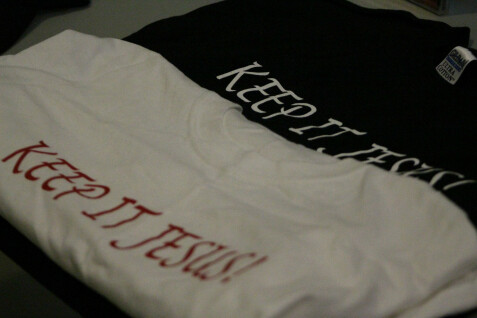 “It is only in your death that you can operate in your authority.”
-Pastor Dwight Radcliff

It was a riveting Sunday afternoon as The Message Center used  Hip-Hop legend Biggy Smalls album as a gateway of relevance to see God’s word with a new perspective. Using Smalls’ first album recording, Ready to Die, as the title for his new series, Pastor Dwight Radcliff asked the people of God one serious question: Are you ready to die for the glory of God?

Though we often say to ourselves, and others, that we love God ( to Erica Campbell), there are so many times in which our actions simply don’t add up to the words we speak. We often forget that our call to the Christian faith is one that merits both words and actions together; one completely (and/or partially) ineffective without the other. As Pastor Radcliff used the 22 Psalm (verses one through 18, 22, and lastly verse 25), he painted an analogous picture of the death of Christ that I’m sure most of us had never taken the time to truly see.

“As I read this scripture I want you guys to close your eyes and picture Jesus on his way to Calvary.” A simple instruction that warranted a mountain of emotional emergency care as we were forced to imagine all that Jesus must have endured for the sake of each and every one of us.

Christianity is a road that we are called to, however, still one we must choose to place our feet on and then continue to choose to keep our feet on. As Pastor read the Psalm, you could see the faces change as the congregation imagined the pain and turmoil Jesus had to have faced on his day of death. The beating and his flesh. The ongoing torment of insults and taunts that were thrown at him as he dragged his very own crucifix up to the place for which he was to die. As Pastor finished the reading he placed yet another question upon our ears, “What does God sound like when he cries?”

It was a poignant question; a more so poignant message that not only challenged but provoked a hardcore call to either put up or shut up. It was a plea for those who go through hard times to stick it out as the very reward for our sacrifice is just over the momentary pain; no matter how brutal that moment is in the interim. We were challenged to think about where our praise is birthed as Pastor gave us yet another nugget of truth, “Your victory, your sanity, your deliverance; everything is in your praise!” WHAT?! You mean that you want me to praise God through my pain? Praise God through everyone talking about me? You want me to lift my hands and voice and praise Him even when I feel like I’m going to die? Pastor are you serious?

The short answer was a simple and deliberate YES! The death of Jesus proves not only as a story for which we are to remember and give thanks for, but it is the most excruciating example of how we are to live for God. It shows us that those who are against God, who do not believe in our very salvation, will try to put us to death. Furthermore, in order for God to gain the ultimate victory, we must allow them to kill us. God says it in his word and Pastor Radcliff took that word and made it relevant for those of us living in 2015. However, whether said in the age of old or in the time of new, there is one thing that never changes from being true, and Pastor Radcliff seemed to say it best, “The will of God must be done; you can either die in it or die from it.” So ask yourself, are you ready to die yet?